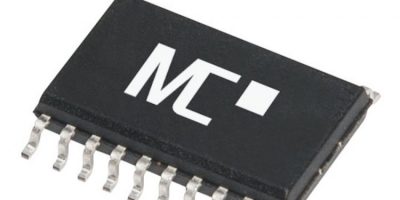 It is designed to control the local LED dimming of up to 270 LEDs and a maximum of 90 LEDs per channel.  It provides dual dimming with analogue and pulse width modulation (PWM) for efficient and stable LED dimming, which reduces power consumption and helps achieve a high contrast ratio in UHD TVs.

Analogue dimming adjusts the brightness of the LED by controlling the amount of current flowing through the LED in a linear manner so that the LED colour changes when the current fluctuates.  By contrast, PWM dimming is a method to minimise the colour change.

The three-channel BLU LED driver is designed to selectively use analogue or PWM dimming according to the image signal, to realise high contrast ratio and power efficiency.

The BLU LED driver also provides for high current accuracy within ±one per cent tolerance by using the average mode of the current control technology.  It also supports low PWM dimming by operating at 480kHz high speed switching frequency to elaborately control the current in the dark area of the image with a narrow pulse width.

MagnaChip designs and manufactures analogue and mixed-signal semiconductors for communications, IoT, consumer, industrial and automotive applications.  The company offers a range of standard products and manufacturing services to customers worldwide.  MagnaChip has over 40 years of operating history and owns a portfolio of approximately 3,000 registered patents and pending applications.