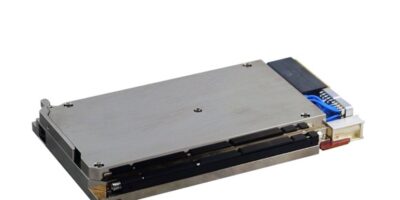 The system is built for rapid migration from the lab to deployment and is available in either an air-cooled version or a fully conduction cooled and rugged configuration.

Xilinx’s latest Zynq Ultrascale+ RFSoC Gen3 technology enables the VP431 to capitalise on heterogeneous processing capabilities for streaming signal processing within an FPGA fabric and also a general purpose processing, in a single module. The VP431 is intended to meet the increasing signal processing requirements of radar and electronic warfare systems, which continue to require increases in channels and bandwidth, with processing and data offloading abilities.

The VP431 serves as an economical solution to RF systems with multiple channels. As a solution, it increases the channel density and reduces size, weight and power (SWaP) requirements through eight channel inputs and eight channel outputs. By reducing the RF signal chain complexity and delivering better performance while using fewer system slots, the VP431 progresses the development of systems for MIMO, beam forming, communications, sensor processing, radar signal processing and electronic warfare.

According to Pete Thompson, VP of product management for Abaco Systems, the VP431 “expands our line of SOSA standard aligned products while providing a cost-effective solution which will enable our customers to be the first to deployment”.

Engineering samples of the VP431 will be available until June 2021, at which time production silicon for the Xilinx RFSoC will be made ready to outfit the VP431.