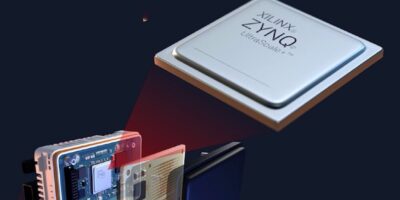 Continental has announced the Advanced Radar Sensor 540 (ARS540), claimed to be the industry’s first production-ready 4D imaging radar for autonomous driving. It is based on the Xilinx Zynq UltraScale+ MPSoC platform. According to Xilinx, this collaboration enables newly-produced vehicles equipped with the ARS540 to realise SAE J3016 Level 2 functionalities and will pave the way toward Level 5 autonomous driving systems.

4D imaging radar determines an object’s location in range, azimuth, elevation, and relative speed to provide detailed information about the driving environment – earlier automotive radar systems capture only the speed and azimuth or angle between the sun (or moon) and the North to determine the direction of the sun/moon.

Continental’s ARS540 is a premium, long-range 4D imaging radar with high resolution and 300 meter range. Its wide, ± 60 degrees field of view enables multi-hypothesis tracking for precise prediction while driving. This helps drivers manage complex driving scenarios, such as the detection of a traffic jam under a bridge. The ARS540 system’s high horizontal and vertical resolution detects potentially hazardous objects on the road and responds appropriately. The ARS540 is scalable, supporting SAE Level 2, where the human driver is responsible for supervising vehicle control, and extending to fully autonomous Level 5.

Cédric Malaquin, technology and market analyst, RF Devices and Technology at Yole Développement (Yole), believes “4D imaging radar provides greater range, field of view, and perception and is a critical sensor enabling Level 2 to Level 5 developers to deliver systems that help create a safer driving environment. We expect 4D imaging radar to take place in luxury cars and robotaxis at first, leading to over US$550 million, a rise at a compound annual growth rate (CAGR) of 124% between 2020 and 2025.”

Norbert Hammerschmidt, head of program management radar at Continental, said “Continental recently won designs with leading European and US OEMs and is in ongoing discussions with additional OEMs worldwide regarding the ARS540”.