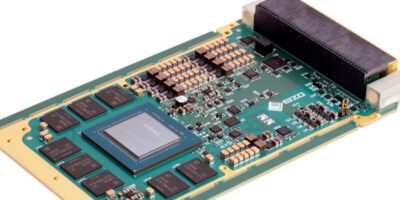 The GRA115Q offers the latest production released discrete Nvidia Turing architecture GPUs with a choice of either the Quadro RTX 5000 or the Quadro RTX 3000 GPU. It also increases performance by up to a factor of four compared with Nvidia Pascal class GPUs. It is designed for rugged military and aerospace markets which demand graphics generation, display computing, situational awareness as well as high-performance computing, AI computing and deep learning.

There is also a version with quad SL-DVI outputs, with four SL-DVI at 1920 x 1200 at 60Hz outputs and outputs with technology insertion patch for existing GRA112Q and GRA113Q customers.

It also features x16 PCIe Gen 3 expansion plane that is pin-compatible with the GR5, GRA112D, GRA113D, GRA112Q and GRA113Q for ease of technology insertion.