Abaco releases a clutch of SOSA standard boards and switches 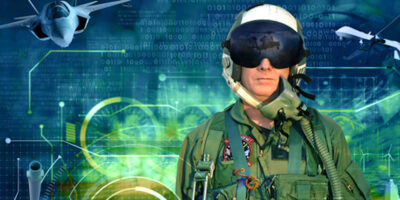 Abaco is an active member of the Open Group steering group and was part of creating the Technical Standard for SOSA Reference Architecture, Edition 1.0, announced in September.

The VP431, SWE440S, SBC6511, VP831 and IPN254 all support the US Department of Defense’s goals for technology insertion, cost reduction, and faster time to deployment.

The VP431 is a 3U VPX board featuring the third generation Xilinx RF SoC (RFSoC) containing data converters integrated directly into the Zynq Ultrascale+ MPSoC  with 40/100Gbit Ethernet connections, an optional optical interface, and other general-purpose I/O. Supporting up to eight 14-bit ADCs sampling up to 5.0Gsamples per second, eight 14-bit DACs sampling at up to 10.0Gsamples per second, a user programmable FPGA fabric, and a multi-core Zynq Arm processing subsystem.

The SWE440S is a managed 3U VPX Ethernet switch designed for network switching in tactical applications. There are configuration options for two SOSA profiles as well as VITA/OpenVPX 32U through to 8F configurations, making it one of the most capable and flexible switches on the market, says Abaco. It supports 1G, 10G and 40G Ethernet.

The SBC6511 single board computer (SBC) is an innovative design that combines the Intel Xeon E 9th generation CPU with the Xilinx Zynq UltraScale+ FPGA with advanced security capabilities to yield maximum I/O handling, processing performance, and security in a rugged, single 6U VPX slot. It is also available in an OpenVPX variant.

The IPN254 is Abaco’s fourth generation 6U multiprocessor. By combining the latest Nvidia Turing GPU (graphics processing unit) with the 9th generation Intel Xeon E CPU, it enables maximum processing performance in a rugged, single VPX slot. It is also claimed to deliver the highest available bandwidth between its major components, making it suitable for data-intensive applications in the ISR (intelligence, surveillance and reconnaissance) domain. It is also available in an OpenVPX variant.

The fifth release is the VP831, a 3U VPX FPGA carrier board featuring a dual FPGA design supporting RF and signal processing in a single slot. It includes a Xilinx Virtex UltraScale+ FPGA and Zynq UltraScale+ MPSoC. The VP831 can be combined with any of Abaco’s FPGA mezzanine cards (FMC) A/D and D/A modules for complete RF conversion and processing.

The company has a roadmap of over 20 3U and 6U VPX products. According to Pete Thompson, vice president of product management for Abaco Systems, the company is committed to deliver products designed to align to the SOSA standard. “These releases each signify our ability to provide cutting-edge technologies while focusing on interoperability and reduction in costs for our customers,” he said.