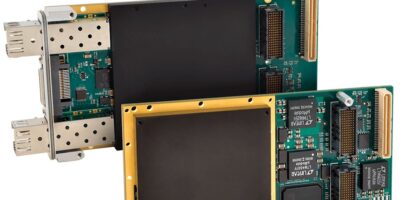 The XMC-7AWP and XMC-7KWP modules have a user-programmable Xilinx Artix-7 or Kintex-7 FPGA featuring write-protected flash memory to secure the configuration files. The two modules are suited to a broad range of applications such as hardware simulation, communications, signal intelligence, adaptive filtering, and image processing. High-speed interfaces are provided for PCIe, 10GbE, LVDS, serial and other I/O signals.

The second module is the XMC-7AWP. These models feature a user-configurable Artix-7 FPGA with 200k logic cells. The rear I/O provides an eight-lane, high-speed serial interface on the P16 XMC port with support for 34 single-ended SelectIO or 17 LVDS channels. The P4 port adds another 60 SelectIO or 30 LVDS and global clock lines.

The company headquarters are near Detroit, Michigan, USA and there is network of sales representatives and distributors around the world.