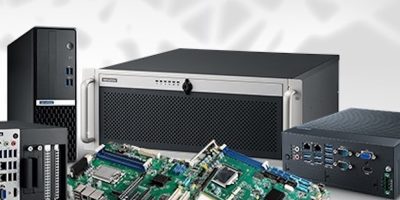 Industrial ATX motherboards, industrial ATX / MicroATX server boards and PICMG 1.3 single board computers (SBCs) from Advantech, together with modular IPC, Compact IPC and edge accelerator servers will be upgraded to 12th Generation Intel Core i9 / i7 / i5 / i3 processors with up to 16 cores and 24 threads.

The result is a “significant” boost in computing performance by up to 89 per cent, reported Advantech.

These systems can be upgrades for smart factory and machine automation, machine vision, transportation, and edge AI applications.

The AIMB-788 and AIMB-708 ATX motherboards are equipped with seven PCIe/PCI expansion slots (including one PCIe x16 Gen 4, and up to three PCIe x4 Gen 3), M.2 (NVMe), and DDR4-3200 memory. Target applications are industrial automation and video surveillance.

The MIC-770 V3, IPC-320 and PCE-2033/2133 and ASMB-610V3 will also be upgraded to 12th Generation Intel Core processors. The MIC-770 V3 is an embedded box IPC. The fanless design is suitable for heavy industrial hazardous environments.

The IPC-320 will feature the 12th Gen Intel Core I CPUs. These systems are designed for central control rooms in substations and industrial automation. They have low noise acoustics (40dB). The PCE-2033 / 2133 motherboards are bundled with compact IPC-200 chassis series (IPC-220 / 240 / 242) designed for machine vision and motion control in equipment manufacturing and the semiconductor industry.

The ASMB-610V3 is a proprietary server board bundled with a short-depth edge accelerator server chassis HPC-6120. It has four PCIe expansion slots in a 1U 18 inch short-depth chassis and is suitable for machine automation, machine vision, factory automation, AI, smart cities and medical technology.

These upgraded products support multiple operating systems and Advantech’s WISE-DeviceOn, and WISE-Cloud software platforms.  The AIMB-788 is available for order now with other introductions scheduled for late 2022.