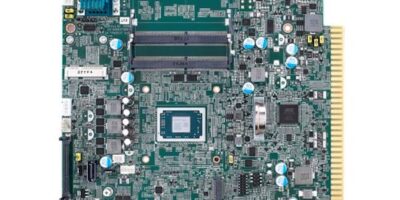 A gaming system for the regulated casinos, arcade (amusement with prizes or AWP), redemption and skill-based gaming, the DPX-J100 combined all the hardware features necessary for a gaming platform together in a high performance industrial-grade system at a low price point, said Advantech-Innocore.

It has a JAMMA format connector design for I/O and power, which is well-established in the gaming and amusements sectors as a reliable, low-cost cabinet harnessing. The DPX-J100’s JAMMA connectors include an array of I/O and COMs including amplified speaker outputs, button deck and switch inputs, intrusion inputs and 15 discrete outputs that can be expanded to 23. A dedicated solid state relay output and native support for legacy VGA monitors allows the DPX-J100 to be used in retrofit applications.

The DPX-J100 is passive-cooled for APUs up to 10W configurable thermal design power (cTDP), requiring no CPU fan in most applications and thereby reducing maintenance costs due to fan failures in the field. For top end performance, APUs up to 25W cTDP are fitted with a high reliability fan cooler.

An optional secure enclosure is available for the DPX-J100. It can be specified according to customer preferences and local jurisdictional requirements.

The gaming system is compatible with Advantech’s software for security, media validation, SAS and diagnostics and other on-board security features include an optional TPM, non volatile FRAM (up to 2Mbyte) and a one-wire / iButton interface.