Aitech develops graphics board based on Nvidia GPU for cybersecurity 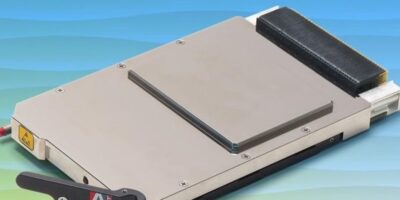 Rugged board and system level solutions for military, aerospace and space applications from Aitech now include the U-C5300, a 3U VPX multi-head graphics board featuring Nvidia GPU.

Updated to align with the SOSA technical standard, the U-C5300 can be bundled with Aitech’s U-C8770, a SOSA-aligned single board computer (SBC) that brings an advanced, hardware-based cybersecurity infrastructure to rugged embedded systems needing to comply with the Modular Open Systems Approach (MOSA) outlined by the US Department of Defense (DoD). Aitech’s SOSA-aligned portfolio is designed to support the DoD ecosystem approach that enables smooth integration from project development to field deployment.

The U-C5300 is available with an Nvidia Quadro RTX 3000 or the Nvidia Quadro T1000 GPU, depending on the needed performance-per-watt. The use of multi-layered artificial neural networks and the GPUs’ ability to concurrently execute floating point and integer operations give the board a distinct performance advantage over non-GPU accelerated architectures. The Nvidia Quadro RTX 3000 GPU enables processing of up to 5.3TFLOPS (FP32), while the Quadro T1000 GPU features 2.6TFLOPS (FP32) of data processing, while offering a lower power consumption.

The board can be used for applications requiring intense video processing and high data computation, such as artificial intelligence (AI) delivery, video analytics, motion detection, image and data processing as well as image classification, location and segmentation. The rugged board can be employed in systems designed for autonomous avionics, ground and marine environments, including aircrafts, helicopters, tanks and ships, and as well as in fixed ground systems, such as control stations.

According to Pratish Shah, general manager USA for Aitech: “Contributing to the SOSA initiative is two-fold. As an industry, we not only need to align our products to the technical requirements put forth, but also bring advanced functionality to military embedded systems. The U-C5300 provides better access to real-time video processing, enabling more intelligent AI-based systems that enhance awareness on the battlefield.”

Design features that enable alignment to the SOSA initiative include support for a SOSA payload profile pinout and a +3.3AUX/+12V power supply. An additional RS-170 video output as well as conduction-cooling are supported options on the U-C5300.

The SOSA aligned U-C5300 is based on Aitech’s existing C530 GPU-based SBC. It operates as a peripheral board with a compatible x86 VPX host SBC, connected to the host SBC over the VPX backplane, via a high speed PCIe Gen3 link of up to 16 lanes. Four independent video graphic video ports each support resolutions of up to 1600 x 1200 at 60Hz.