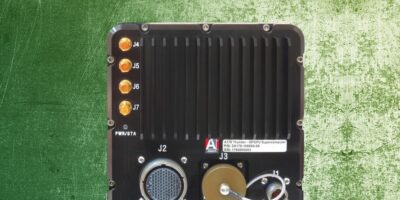 Dan Mor, GPGPU product line manager for Aitech, noted, “High speed interfaces that can quickly capture and process data, then deliver it to the next decision point, are critical to avoid bottlenecks typical of the high processing demands in today’s rugged AI applications.  The new A178 includes not only the needed interfaces, like 10GbE and USB 3, but up to 32 GB of RAM for even better performance in these high throughput scenarios.”

The enhanced A178 uses the Nvidia Jetson AGX Xavier SoM, which the Volta GPU with 512 CUDA cores and 64 Tensor cores to reach 32 TOPS INT8 and 11 TFLOPS FP16.

The upgrades to the A178 were designed to help meet the demand for standalone, compact, GPGPU-based small form factor (SFF) systems that are both rugged and SWaP-C-optimised, explains Aitech. The low power unit offers energy efficiency, while providing all the power necessary for AI-based local processing next to the sensors.

The advanced computation abilities of the new system include two dedicated NVDLA (Nvidia deep learning accelerator) engines that provide an interface for deep learning applications, making it ideally suited for distributed systems. The system can accommodate up to three expansion modules, such as an HD-SDI frame grabber, composite frame grabber or NVMe solid state device (SSD). A variety of expansion modules are available upon request.