Alarm card can be used in multiple architecture chassis platforms 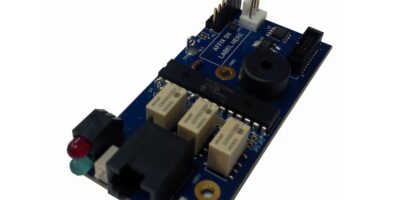 A versatile alarm card from Pixus Technologies, provides fan and voltage monitoring and control for a variety of enclosures. It can be used in various OpenVPX, VME/VME64x, CompactPCI, cPCI Serial and other open standard architecture chassis platforms.

The Pixus micro alarm card provides the system with basic monitoring and control functions including voltage levels, power supply health, temperature and fan monitoring/control. The board monitors the four common power rails in Eurocard-based systems of 5.0, 3.3, +12 and -12V. It also monitors and controls up to four fans and monitors two temperature sensors. Other features of the alarm card are a local bi-colour LED and header for remote LEDs, an alarm cancel push button and a USB interface.

The Pixus Technologies teams is comprised of industry experts in electronics packaging. Founded in 2009 by senior management from Kaparel (a Rittal company), it produces embedded backplanes and systems focused primarily on  ATCA, OpenVPX, MicroTCA, and custom designs.

Pixus also has an extensive offering of VME-based and cPCI-based products.

In May 2011, Pixus Technologies became the sole authorised North and South American supplier of the electronic packaging products previously offered by Kaparel and Rittal.