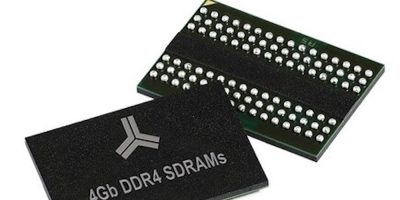 To increase battery life in portable electronics such as smartphones and tablets, the SDRAMs feature low operating voltages of +1.2V (±0.06V). The DDR4s are designed, qualified, and recommended for use in 5G designs, computing applications, surveillance systems, smart meters, human machine interfaces (HMI) and digital signal controllers. The process technology results in fast clock speeds up to 1600MHz and transfer rates up to 3200Mbits per second, said Alliance Memory.

With minimal die shrinks, Alliance Memory’s DDR4 SDRAMs are drop-in, pin-for-pin-compatible replacements which saves the expense of redesigns and part requalification. Offered in commercial (0 to +95 degrees C) and industrial (-40 to +95 degrees C) temperature ranges, the A die devices are suitable for the industrial, networking, telecommunications, gaming and consumer markets.

Micron Technology’s MT40A1G16KH-062E offers access to a 16Gbit device for a wide range of applications. Operating from a +1.2V power supply over a commercial temperature range, the 1Gbit x 16-bit device is built on an 8n-pre-fetch architecture for high data rates of 3200Mtransfers per second. The MT40A1G16KH-062E supports read or write burst lengths of BC4 or BL8 on the fly.