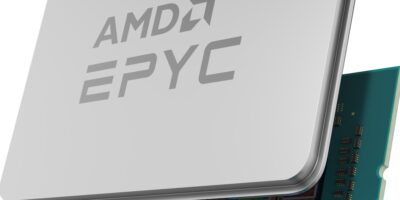 Technical computing workloads relying heavily on large data sets. These workloads benefit from increased cache size, however 2D chip designs have physical limitations on the amount of cache that can effectively be built on the CPU. AMD 3D V-Cache technology solves these physical challenges by bonding the AMD Zen 3 core to the cache module, increasing the amount of L3 while minimising latency and increasing throughput, according to AMD. This represents a step forward in CPU design and packaging and enables breakthrough performance in targeted technical computing workloads, commented the company.

The third generation AMD EPYC processors with AMD 3D V-Cache technology deliver faster time-to-results on targeted workloads. For example, the 16-core, AMD EPYC 7373X CPU can deliver up to 66 per cent faster simulations on Synopsys VCS, when compared to the EPYC 73F3 CPU.