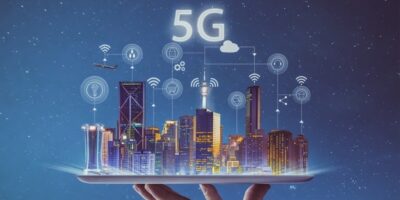 Multiple announcements by Arm form its next-generation mobile offering, with a new Cortex-A78 CPU, a new GPU on the Valhall architecture, an enhanced neural processing unit and a customisation programme.

For PC-level productivity in smartphones, the Cortex-A78 CPU is described by Arm as it is efficient Cortex-A CPU ever designed for mobile. It represents a 20 per cent increase in performance compared with Cortex-A77-based devices, in anticipation of 5G services. It also has a more efficient management of compute workloads and greater on-device machine learning (ML) performance, added Arm. The Cortex-A78’s performance-per-Watt makes it suitable for computing on foldable devices with multiple and larger screens.

Following last year’s introduction of the Mali-G77 GPU on the Valhall architecture, Arm has also increase graphics performance, with the Mali-G78, which delivers a 25 per cent increase compared to the Mali-G77. Asynchronous top level, tiler enhancements and improved fragment dependency tracking have resulted in support for up to 24 cores. Additionally, power- and energy-efficiency contributes to extended mobile device battery life, for users to enjoy mobile entertainment experiences for even longer while on the go. For developers, this means content can be easily optimised to run seamlessly on Arm Mali GPUs, confirmed the company. Enhanced tools include the Performance Advisor, which allows quick detection of bottlenecks and real-time reporting to enable continuous integration and faster workflow.

The premium Mali-G78 is accompanied by the Arm Mali-G68, which supports up to six cores.

To address expanding machine learning (ML) use cases from augmented reality (AR) -based smartphone applications to smart home hubs, the Ethos-N78 neural processing unit (NPU) has been introduced. It offers 25 per cent more performance efficiency than the Ethos-N77, and delivers greater on-device ML capabilities, said Arm. The Ethos-N78 is claimed to offer unprecedented levels of configurability with available configurations starting at one up to 10 Terra operations per second (TOPS).

Arm also introduced the Cortex-X Custom program for customisation and differentiation beyond the traditional roadmap of Arm Cortex products. The programme’s first CPU is the Cortex-X1 – the most powerful Cortex CPU to date. It has a 30 per cent peak performance increase over Cortex-A77.