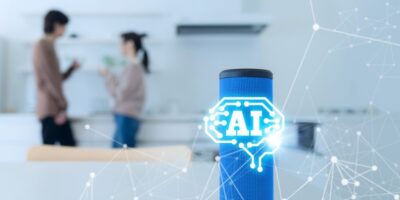 Major enhancements have been added to the APx500 Software, version 6.1. Audio Precision released the latest update to APx500 audio measurement software which has new measurement results, options, and test signals.

APx500 software is designed for production test of loudspeakers, headphone drivers, and microphones. APx software now offers the broadest set of methodologies available for detecting rub and buzz defects, which is particularly significant for designers and manufacturers of speaker drivers, and products incorporating them, says Audio Precision.

‘Rub and buzz’ describes any one of several possible manufacturing defects that cause undesirable noises to be emitted during speaker operation. The most common defect categories are rub, buzz, and air leaks. Rub-related noises occur when the speaker cone is off-centre or canted and therefore mechanically rubs when it moves to create sound. Buzz defects occur when loose particulate matter – this can be chipped magnet material, bits of glue – are trapped in the gap between the speaker’s voice coil and the cone. Air leaks are commonly perforations in the speaker surround, imperfectly sealed dust caps, or other unintentional gaps in the housing or cabinet.

These audible defects in a speaker driver, or device incorporating a speaker, can  be perceived very differently by different listeners but the level of distortion in a typical speaker is far greater, and more diverse, than in a typical electronic device and can mask these defects. The standard audio measurements of frequency response and distortion will only detect the most severe cases of rub and buzz.

Various approaches using high-pass tracking filters, distortion-oriented methods that focus only on high-order harmonics, and techniques applying human hearing-based algorithms to the distortion signal have been developed to detect rub and buzz, although no single method has achieved uniform adoption in the industry.

Rub and buzz remains, where high-pass tracking filters remove the fundamental signal and detect defects as excursions in the residual waveform’s crest factor or peak ratio.

A new feature is SoneTrac a Bose-developed improvement to existing rub and buzz high-pass tracking filters. This new method filters the residual signal and ratios it to the RMS of the total signal to reduce the noisiness of the measurement result.

Another new feature is high-order harmonic distortion (HOHD). This is a classic method for rub and buzz detection, using total harmonic distortion (THD) ratio but only of harmonics above the 10th, 10-35, 20-200 and so on, which is a simple way to account for frequency masking effects.

Rub and buzz loudness is another new feature for v6.1. It applies a psycho-acoustic loudness model to the residual signal to calculate the perceived level of the rub and buzz based on well-established models of the human perception of sound.

To support the addition of the HOHD and rub and buzz loudness measurements, Audio Precision is introducing the fast sweep signal with APx500 release version 6.1. This extremely fast stepped frequency sweep has no input or output ranging between steps, and has continuous transition between steps to minimise transient effects. A total sweep time rivals the speed of a logarithmically-swept sine (chirp) signal. Advantages include the lack of transient ripples at low or high frequencies, the ability to sweep from low-to-high or high-to-low frequency, the support for measuring harmonics above the 20th, and precise control of the number of discrete points used in measurements.

In addition to the expanded selection of rub and buzz methods, and the fast sweep stimulus, APx500 release version 6.1 now allows users to switch instantly between IEC and IEEE THD calculation modes for harmonic distortion results. Version 6.1 also adds the ability to normalise harmonic distortion results, addressing common measurement artefacts that occur when testing loudspeakers. Users can now also save all acquired waveform, impulse response, or cross-correlations results to .wav files, and this function can be included as a sequence step in automated measurement sequences.

Version 6.1 is officially a minor release, and is thus a free upgrade to any analyser licensed for version 6.0, says Audio Precision, adding that despite that, it delivers significant, new capabilities, especially for those involved in the design, manufacture, and test of speaker drivers and any product incorporating speakers.

Release 6.1 is compatible with all analysers in the APx500 Series. An APx KeyBox is required to run v6.1 on Legacy APx analysers. APx KeyBoxes already installed on Legacy analysers (for v4.6 and 5.0), are also compatible with v6.1 and only require an updated license file once an upgrade is purchased.