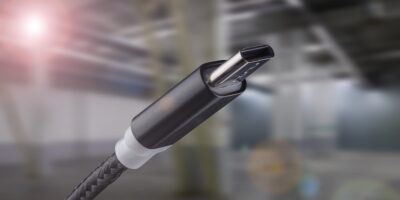 The transmitter automated tests are designed to meet the requirements of next-generation technologies for large, rapid data transfers and low-latency video displays. Tektronix USB4, Thunderbolt 4 and DisplayPort 2.0 automated compliance and debugging solutions address challenges such as test time, signal integrity and device under test (DUT) control. They also boast physical layer electrical testing and characterisation, to enable designers to comply with the next-generation standards over the USB-C connector.

“These solutions easily integrate into custom test environments and will enable our customers to test and debug USB4 designs that go into any device with a USB4 or TBT4 port –– from laptops to tablets and cell phones to televisions,” said Matt Ochs, general manager at Tektronix. In addition to faster charging times and data transfers, the design allows up to six devices to be connected in parallel.

Electronic design automation company, Synopsys, uses the USB-C IO tests for DisplayPort 2.0. “When using the TekExpress DisplayPort 2.0 Tool, we were not only able to understand how to meet compliance, but we were also able to debug and understand the limits of our physical layer, said Andre Merlo, senior test engineer at Synopsys, adding that the tool is user-friendly.

The Tektronix USB4, TBT4, and DP2.0 automated tests are available now for use with DPO / MSO70000SX / DX oscilloscopes with 23GHz bandwidth and above, and 100Gsamples per second sample rate. The scope set up can additionally be used for USB2.0 / USB3.2 / DP1.2 / DP1.4 testing, providing a single test station for the USB, TBT and DP.