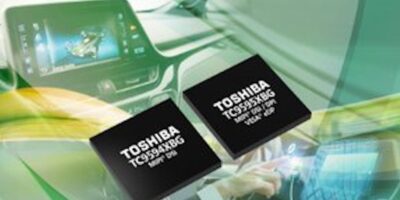 The TC9594XBG and TC9595XBG interface bridge ICs have been introduced to meet this conundrum. The TC9594XBG supports a parallel input (24bit at 166MHz) and provides a four-lane x one channel MIPI DSI-TX output. The TC9595XBG can accept two input types; four-lane x one channel MIPI DSI or MIPI DPI (24bit at 154MHz) and outputs VESA DisplayPort 1.1a.

TEE has headquarters in Düsseldorf, Germany, with branch offices in France, Italy, Spain, Sweden and the UK.