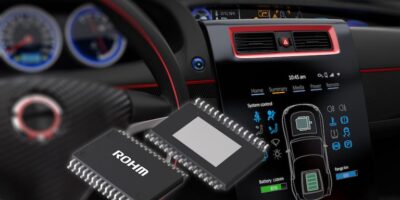 Common design across vehicle control boards can be accommodated with the latest LCD backlight driver by Rohm Semiconductor.

The BD81A76EFV-M is optimised for LCD backlighting in instrument cluster, centre information displays and car navigation. While conventional drivers with four channels support LCDs up to 8-inches, the BD81A76EFV-M provides six channels of output (with 120mA per channel) that can support LCD panels of up to 10 to 12inches.

The buck-boost control ensures compatibility with both small and large LCDs using a single driver, adds Rohm, making it possible to develop a common design of LCD control board suitable for conventional panels along with the latest large-size displays.

In addition to AEC-Q100-qualification for automotive use, the BD81A76EFV-M integrates a spread spectrum function as a countermeasure against EMI that allows it to clear CISPR25 noise requirements for vehicle applications. The result is stable operation in automotive systems sensitive to noise, concludes Rohm.