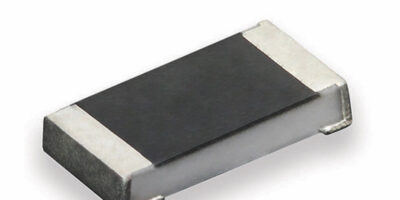 In order to save board space in automotive design, Vishay Intertechnology has enhanced its Vishay Draloric RCC1206 e3 thick film chip resistor in the 1206 case size. It now has a higher power rating of 0.5W.

Offering twice the power of standard thick film chip resistors in this size, the RCC1206 e3 can be used in place of two parallel 1206 devices or a single device in the larger 1210 case size. This allows designers to save board space in automotive, industrial, telecommunications, and medical applications while lowering component counts and reducing placement costs, says Vishay.

The resistor is also RoHS-compliant and halogen-free and suitable for processing on automatic assembly systems and for wave, reflow, or vapor phase soldering per IEC 61760-1.

Samples and production quantities of the RCC1206 e3 are available now, with lead times of 10 weeks.

Vishay claims to manufacture one of the world’s largest portfolios of discrete semiconductors and passive electronic components for the automotive, industrial, computing, consumer, telecommunications, military, aerospace, and medical markets.