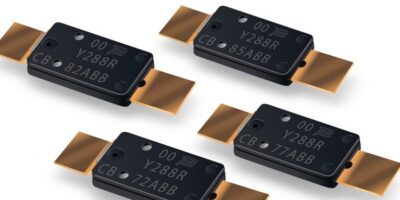 The miniature resettable TCO devices are designed for over-temperature and over-current protection of lithium polymer and prismatic cells. The Bourns Model CB Series is the company’s next generation of axial-leaded TCO devices that control abnormal, excessive current virtually instantaneously, up to rated limits.

The Model CB series offers resistance levels down to 2.2 milliOhms and has current capabilities from 6.0 to 11A at 60 degrees C. There is also a welding projection option.

The construction of the CB Series uses a high corrosion resistant bimetal mechanism to withstand most humid environments.

The Model CB devices are RoHS-compliant and halogen-free and available now.