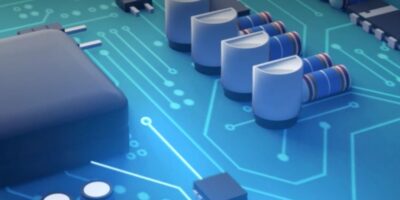 The BQ25790 and BQ25792 support efficient charging and 10 times lower quiescent current through USB Type-C and USB PD ports to extend battery life by up to 500 per cent. The buck-boost battery charger ICs integrate power path management for maximum power density and universal and fast charging at up to 97 per cent efficiency at 30W.

The BQ25790 and BQ25792 can charge batteries with one to four cells in a series and up to 5.0A of charging current across the full input range (3.6 to 24V) for USB Type-C and USB PD applications. The chargers’ integrated dual-input selector supports multiple power sources, including wireless, USB, barrel jack and solar charging.

The BQ25790 and BQ25792 deliver 155mW/mm2 (100W/in2) which is up to two times more than competitive devices, says TI. They are also the first buck-boost chargers to fully integrate switching MOSFETs, a battery FET, current-sensing circuits and a dual-input selector. The reduction in component count allows small, power applications with 50 per cent greater power density, says the company.

Believed to be the industry’s first multi-cell buck-boost battery chargers with less than 1 microA of quiescent current, the BQ25790 and BQ25792 delivering at least five times longer shelf life than competitive devices through a dual ship mode and shutdown function that delivers up to 10 times lower quiescent current. Combined with a low battery FET resistance of 8 mOhm, engineers can maximise battery run time for applications that require long periods of operation, TI advises. The company cites the example of video doorbells which can operate uninterrupted when the primary source of power switches to the battery pack, reducing power consumption and power loss through heat dissipation.