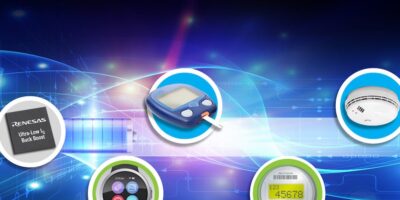 Efficiency at light load is 84per cent at 10 microA and 97 per cent peak efficiency to reduce power drain and heat build up. There is an automatic and selectable forced bypass power saving mode to reduce IQ.

The regulator only requires three external components: an inductor, and input and output capacitors

The ISL9122A is available now from Renesas’ worldwide distributors.