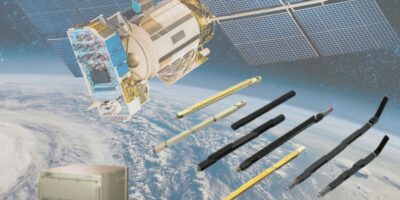 Electromechanical component distributor, Foremost Electronics, can now supply the nVent/Schroff Card-Lok range of high thermal performance, high clamp force PCB retainers, which are designed for use in rugged environments. The Card-Lok retainers are designed to be drop-in replacements for most applications currently using standard Card-Loks. According to the company, they provide on average more than three times the amount of clamp force compared to similarly sized Card-Loks.

Standard COTS and modified Card-Loks are available and include designs for second level maintenance including torque limiting and tool-less card locks. The small and lightweight designs can be used in industrial systems, defence, space flight, communications, computers and intelligence surveillance.

As more systems are being exposed to increased shock and vibration sufficient PCB retention is critical. While SWaP (size, weight and power) reduction is a continuing challenge for defence and aerospace designers and manufacturers, particularly for airborne applications where weight equates to cost, and unmanned vehicles, says Foremost. The need to miniaturise the size of electronics has also been driven by the growing need for devices that can easily be carried over long distances by operators.