Cohda and u-blox partner for V2X to progress vehicle safety 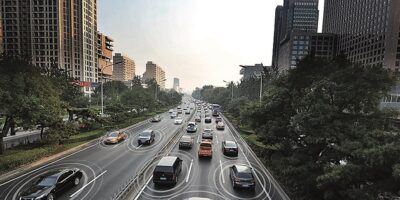 Partners u-blox and Cohda Wireless have announced a vehicle to everything (V2X) solution based on the former’s UBX-P3 DSRC/802.11p V2X chip and the latter’s V2X software stack.

The u-blox UBX-P3 chip enables wireless vehicle-to-vehicle (V2V) and vehicle-to-infrastructure (V2I) communication. It has now been enhanced with Cohda’s hardware-agnostic software applications, providing 360 degree awareness and detecting hidden threats beyond anything a driver or on-board sensors can see, says Cohda. Its V2X software is used in GM and VW production vehicles.

The partnership is expected to be of interest to tier ones, OEMs and road authority suppliers.

According to Cohda’s chief engineer, Fabien Cure, to progress vehicle safety, OEMs need to produce vehicles that have embedded V2X wireless communication technology as standard. “Likewise, cities around the world are preparing for the introduction of wide scale co-operative intelligent transport systems,” he said.

Cohda’s software products are applied in more than 60 per cent of all V2X field trials in the world today in compliance with US Federal Communications Commission and European Telecommunications Standards Institute (ETSI) standards.

“When we connect vehicles to each other and to roadside infrastructure, we are creating an intelligent and integrated road transport system that has the potential to reduce road accidents simply because the technology is capable of things humans aren’t,” added Cure.

u‑blox provides positioning and wireless communication in automotive, industrial, and consumer markets to allow people, vehicles and machines determine their precise position and communicate wirelessly over cellular and short range networks. The company has a broad portfolio of chips, modules and secure data services and connectivity.

Its software enables autonomous vehicles to connect with other vehicles and with smart city infrastructure, from vehicle-to-vehicle, vehicle-to-infrastructure and vehicle-to-pedestrian to avoid accidents, reduce congestion and be more efficient.

Cohda is headquartered in Australia and has offices in Europe, China and the USA.