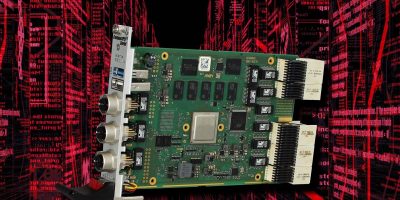 The G40A is a low power, multi-core CPU platform based on an ARM Cortex A72 processor. It has been developed by MEN, for communications-intensive applications in harsh environments, which need high data bandwidth and computing performance, e.g. in data collection applications onboard trains, in industrial or heavy-vehicle applications.

The G40A is full-virtualisation ready and its memory and I/O sub-systems can be virtualised. The MEN proprietary board management controller (BMC) monitors the G40A optional parameters such as voltages, temperature and provides a user-configurable watchdog, making it ready for applications where functional safety is required.

The memory configuration of the G40A includes a fast DDR4 DRAM with ECC soldered to the board to guarantee optimum shock and vibration resistance. A non-volatile SRAM, an eMMC NAND flash device and a microSD card can also be assembled offering space for user applications or usable as a local boot medium.

The G40A is prepared for use in harsh environments, and is suitable for use where space is limited but high-processing capabilities are needed. It is equipped with a tailored heatsink, and all components are soldered for protection against shock and vibration. It is also coated for use in humid and dusty environments.