congatec says Whiskey Lake modules will be available for 10+ years 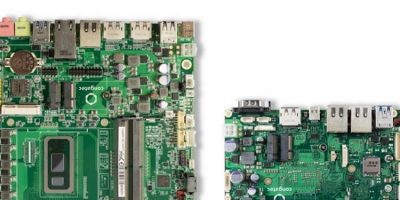 According to the company, customers benefit from a performance boost of up to 58 per cent compared to previous embedded U-Series processors, principally because it has four, instead of two cores and an improved microarchitecture.

The microprocessors also have optional Intel Optane memory 2 or USB 3.1 Gen2 for efficient task scheduling and support the use of the RTS hypervisor software to optimise I/O throughput from the input channels to the processor cores.

The Intel Core i7, i5 and i3 and Celeron embedded processor boards and modules are designed for harsh and space-constrained environments and are believed to be the first to offer long-term availability in excess of 10 years. The boards address the life cycle needs of the transportation and mobility sector as well as medical equipment and industrial controls, embedded edge clients and human machine interfaces, as they enable extended life cycles without additional costs for customers, says congatec.

The new conga-TC370 COM Express Type 6 modules, the conga-JC370 embedded 3.5 inch SBCs, and the conga-IC370 Thin Mini-ITX motherboards all feature the Intel Core i7, Core i5, Core i3 and Celeron embedded processors. To consolidate multi OS applications on a single platform there are two DDR4 SODIMM sockets with up to 2400Mtransfers per second are available for a total of up to 64Gbyte. For the first time, USB 3.1 Gen2 with transfer rates of 10Gbits per second is now supported natively, which makes it possible to transfer even uncompressed ultra high definition (UHD) video from a USB camera or any other vision sensor.

The 3.5 inch SBCs have a USB-C connector that also supports 1x DisplayPort++ and power supply for peripheral devices, to connect a monitor with a single cable for video, touch and power. The COM Express modules support the same feature set on carrier boards. Interfaces depend on the form factor but all support three independent 60Hz UHD displays with up to 4096 x 2304 pixels as well as one Gigabit Ethernet (one with TSN support).

The boards and modules have an economical 15W thermal design power (TDP) that is scalable from 10W (800MHz) to 25W (up to 4.6GHz in Turbo Boost mode).