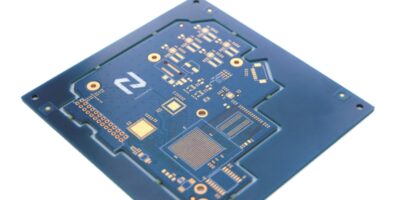 The EWIS is subject to the same harsh environmental and operational conditions as other aircraft systems. Detecting and tracing faults in aircraft electrical cable runs is time-consuming and expensive. To test the EWIS without impact network traffic and for minimal disruption, Nicomatic and the CEA LIST Institute have collaborated to jointly develop OMTDR technology that enables network analysis and sensor intelligence to be distributed in the EWIS without impacting network traffic.

Distributed analysis enables complex networks to be analysed, solving the problem of fault ambiguity as diagnosis information from several sensors can be aggregated, explains Nicomatic. Integrating OMTDR into an aircraft wiring harness by embedding it into SmartCo aerospace connectors adds an always-on distributed wire diagnosis and sensor communication system in real time to the EWIS.

The TC-50 is a multi-function tool in a case that simplifies wire troubleshooting and testing.  Validated on most popular aeronautic cable types, it plugs into a wire network and measures voltage, current, resistance, checks phase order, tests diodes, tests insulation and thermal imaging.

The TC-50’s user interface is web-enabled for access on the included rugged smartphone or any mobile device.

Using the TC-50 with Nicomatic’s SmartCo reflectometry technology provides precise wire-fault localisation, enabling quick diagnosis, minimising aircraft ground time. The Wire Fault Localization feature enables the detection and localisation of faults such as open- and short-circuits and the measurement of impedance variations with an accuracy of 0.1 per cent across a cable length of 1.0m to 100m.