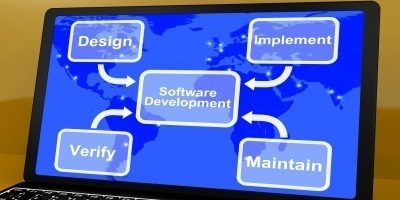 Synopsys has announced its Coverity 2018.01 release of its static analysis tool, which analyses source code to detect critical quality and security defects early in the software development life cycle.

The tools used to find defects and potential security vulnerabilities throughout the development life cycle need to evolve to meet security and processing demands. By supporting new programming languages, secure coding standards, and out-of-the-box integrations with modern development tools, Synopsys says that it enables organisations to expand their software portfolios and embrace new development paradigms like DevOps with the assurance that their code is high quality and secure.

Coverity has been recognised as a leading application security testing solution by Gartner, Forrester, IDC, and VDC, and is a core component of the Synopsys Software Integrity Platform.

Enhancements include expanded language coverage. Coverity enables organisations to proactively build security and quality into their applications, even as they broaden their software portfolios and embrace new languages, frameworks, and technologies such as mobile and microservices. With each release, Synopsys expands Coverity’s support for new programming languages while strengthening its security analysis for existing languages. Coverity 2018.01 adds support for two new languages. The first is Scala, commonly used in microservices-based application development, and the second is VB.NET. The latest Coverity release also provides enhanced security analysis for Swift, PHP, Python, JavaScript, Java, C#, and Node.js. With these additions, Coverity supports the key programming languages used to build embedded and enterprise software, says Synopsys.

Coverity is designed to support rapid and automated development workflows, with support for and integration with many of the popular development tools. Coverity 2018.01 provides plug ins for the latest IDEs, including Visual Studio, Eclipse, IntelliJ and Android Studio. For streamlined security testing, the latest release also supports out-of-the-box integration with Jenkins CI server. Coverity’s new Jenkins plug in has improved Jenkins Pipeline support, which enables retrieval of found issues by project and has enhanced data-filtering capabilities.

Synopsys’ Software Integrity Platform unites leading testing technologies, automated analysis, and experts to create a portfolio of products and services to help companies to develop personalised programs for detecting and remediating defects and vulnerabilities early in the development process.