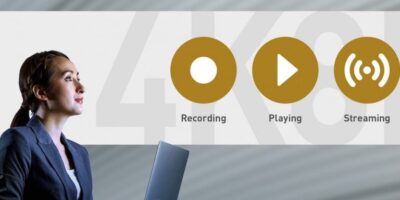 Introduced as a successor SC1501A, believed to be the world’s first demodulator compatible with both ISDB-S3 and J.183, Socionext Europe has developed the SC1502AF-02 digital TV dual channel demodulator.

The SC1502AF-02 is one of the smallest dual channel multi-standard demodulators in the world, claims Socionext Europe, measuring 7.0 x 7.0mm. It comes in a QFN 60-pin package with 0.4mm lead pitch. It also has high connectivity with various tuners and can realise a low cost and high-performance TV front-end solution, claims Socionext Europe.

The SC1502AF-02 will be available in volume shipments starting in December.

Socionext Europe was founded in 2015 and is headquartered in Langen, near Frankfurt. The company has other locations in Munich and Maidenhead (UK).

Founded in 2015, Socionext is headquartered in Yokohama, and has offices in Japan, Asia, United States and Europe.