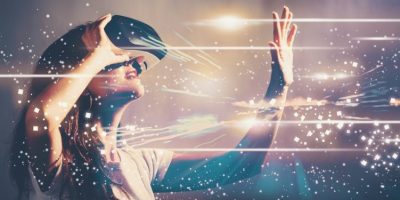 Other Mali-D77 enhanced capabilities include lens distortion correction (LDC), which pre-distorts the images to counter the effect of the lens when images are viewed through a VR headset.

There is also chromatic aberration correction (CAC). This pre-separates the colour channels in the opposite direction in order to counteract the blurring effect caused by the lenses of the VR headset.

Another feature is asynchronous timewarp (ATW) which translates and re-projects the virtual scene based on the latest head pose and position of the headset in the 3D space.

Arm says that up to 40 per cent reduction in bandwidth, in typical VR use cases when VR processing and composition occur on the Mali-D77. There is also a 12 per cent power saving for VR workloads, enabling higher quality visuals while freeing up GPU cycles.

The IP can also be integrated into a common SoC platform with existing developer ecosystems for switching across multiple devices such as a VR HMD to LCD/OLED large or small screens capable of displaying 4K high dynamic range (HDR) scenes. The intention is to make VR devices more affordable.