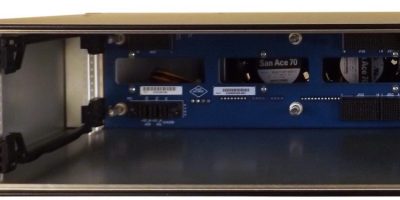 The company introduced the first in the series of EUR19VPX OpenVPX horizontal-mount chassis platforms, a 2U high enclosure. The design allows dual 6U boards, quad 3U boards, or a hybrid mix to be used in the chassis. The cooling is achieved via a front-to-rear airflow orientation. The boards are supplied as front loaded as standard, with options available for rear loading.  Versions in 1U, 3U, and 4U heights are planned.

The 2U EUR19VPX features an OpenVPX backplane at PCIe Gen3 speeds as standard. Higher speed versions and VITA 66/67 connector options are available upon request.  The chassis allows either pluggable VITA 62 power supplies or a fixed modular VPX power supply. Specialty card guides that accept conduction-cooled modules can be incorporated into the enclosure.

Pixus Technologies is comprised of industry experts in electronics packaging. Founded in 2009 by senior management from Kaparel Corporation, a Rittal company, Pixus Technologies’ embedded backplanes and systems are focused primarily on  ATCA, OpenVPX, MicroTCA, cPCI Serial, and custom designs. Pixus also has an extensive offering of VME-based and cPCI-based solutions.

In May 2011, Pixus Technologies became the sole authorised North and South American supplier of the electronic packaging products previously offered by Kaparel Corporation and Rittal.