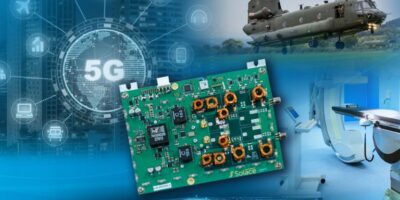 The two companies have collaborated to incorporate EPC’s 200V enhancement-mode gallium nitride (eGaN) power transistors in the modular platform which shares the same Equus architecture. The modular systems enable up to 250W of transmitted power with six degrees of spatial freedom.

“We’re excited to collaborate with EPC to further push the limits of our capacitive wireless power platform and to deliver previously unachievable solutions with a higher power requirement,” said Solace Power CEO, Michael Gotlieb. “Solace focuses on delivering complete, modular systems which are pre-tested for CISPR/FCC compliance and optimised in-house for rapid development in real world applications. These new solutions solve the most important challenges for applications requiring 200W or more,” he explained.