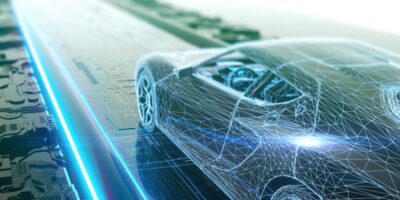 Claimed to be the most advanced automotive GPU IP created to date and the industry’s first licensable IP that is ISO 26262-capable, XS has been announced by Imagination Technologies.

The XS GPU for automotive will enable ADAS acceleration and – being ISO 26262-capable – safety-critical graphics workloads, says the company.

Safety critical graphics and compute capabilities are required for surround view, digital dashboards and ADAS. The XS design employs a new safety architecture with mechanisms for compute and graphics delivering up to two times higher performance for critical workloads. The result is rich, high-performance graphics that are functionally safe, says Imagination.

According to the company, the XS class is the industry’s first GPU class designed for safety-critical graphics applications (i.e., where the GPU is responsible for critical tasks such as digital dashboards, surround view and camera systems).

The safety architecture contains patent pending technology that enables Imagination to secure and verify the correct execution and delivery of data from the GPU to meet functional safety requirements. XS includes hardware mechanisms that carry out safety-critical workloads across compute and graphics.

The architecture incorporates new capabilities and safety mechanisms, such as Tile Region Protection, in addition to existing features such as virtualisation. These hardware features mean they can be employed without a performance penalty.

This a significant step forward for automotive GPUs and autonomous vehicles.”

Imagination supplies GPUs for automotive SoCs for use in digital dashboards, surround view and infotainment systems. The UK-based company creates silicon and software IP based on graphics, compute, vision and AI and connectivity technologies.