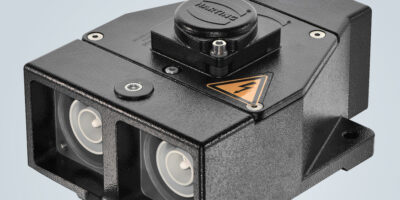 Interfaces for trains’ power supplies have been developed by Harting. The Han HPR high performance transformer connector (HPTC) is optimised for a long service life in trains, says the company.

The Han HPR HPTC is a transformer interface especially developed for railway customers and optimised for outdoor use. The HPTC plug connects the converter to the transformer. The interface is available in the 400, 850 and 1,400A power classes, while voltages up to 3.6 or 4.8kV can be transmitted. IP degree of protection up to IP69K can also be implemented.

When designing the Han HPR HPTC, Harting assessed previous transformer connectors which have plastic outer casings, which can lead to low durability in the demanding and harsh conditions on the roof of rail vehicles. The HPTC has a robust housing, based on Harting’s High Pressure Railway (HPR) standard and is claimed to enable “significantly longer service” life in comparison.

The Han HPR VarioShell was specifically developed for jumper applications. The two-part enclosure achieves protection class IP69K by using a counter pressure frame and a circumferential internal seal. The enclosure cover is removable, allowing efficient assembly from both inside and outside the carriage, for ease of access, advises Harting. As well as ease of operation, service and maintenance, Harting says that, in the event of a fault, the housing cover can be opened , without interrupting all connections.

For power distribution in underfloor areas, Harting has also introduced the Han HPR Train Power Line (TPL). To date, power distribution systems in underfloor areas have relied on UIC 552 but the different interfaces of these systems require their own installation technology and must be stocked separately. The Han HPR TPL (pictured) has a single, pre-assembled Y-distributor as standard interface with single poles for the pluggable connection of the cables. The TPL is lighter than previous solutions, says Harting, for a 10kg reduction in weight per carriage.