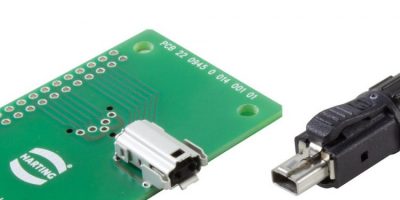 As the industrial internet of things (IIoT) is growing at a rapid pace, experts agree that single pair Ethernet (SPE) will be one of the key technologies that significantly shapes the success of the IIoT. This is based on the factory of the future requiring high data streams and the industrial sector needing connectivity which adapts itself to increasingly growing demands of the changing industrial automation environment. This is most effectively achieved via standards that are developed and advanced through partnerships in an open eco-system. Harting recognises this and has made the core element of the T1 industrial connector family an always-uniform SPE mating face that is used for all versions, from IP20 up to IP65/67.

Harting believes an interface standard to IEC 63171-6 will motivate real applications and that the SPE is pushing technology into the market that can transmit TCP/IP-based data streams via a single pair of wires.