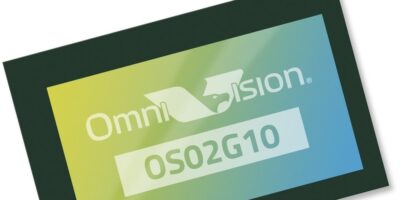 The OS02G10 security image sensor provides the best value for mainstream, high-volume security cameras requiring 1080p resolution, maintains Omnivision. It offers what is claimed to be best-in-class low-light captures via a 2.8 micron pixel built on the OmniPixel 3-HS architecture. The architecture has high quantum efficiency and an optimal signal to noise ratio SNR. Compared with OmniVision’s earlier generation mainstream security sensor, the OS02G10 has a 60 per cent better SNR1 and 40 per cent lower power consumption.

OmniVision uses 12-inch wafers, rather than eight-inch wafers, to produce the OS02G10, enabling the company to enables the company to better address the increasing demand for 2Mpixel, 1080p sensors which is a popular resolution for consumer-grade IoT security cameras as well as low-end industrial and commercial surveillance cameras.

“With this new generation, we have significantly improved low-light performance while continuing to offer the market greater value in the popular 1/2.9 inch optical format,” commented Cheney Zhang, senior marketing manager for the security segment at OmniVision.

Other key features include a 15 degree CRA, which is compatible with a range of widely available lenses. This sensor also offers an integrated dynamic defective pixel correction algorithm for optimal image quality, and a two-lane MIPI interface. It provides 2MP, 1080p resolution at 30 frames per second.

Samples of the new OS02G10 image sensor are available now in a compact chip-scale package.