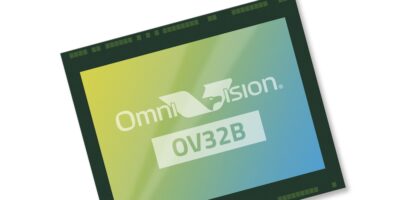 Announced in advance of the CES consumer show in Las Vegas this month, Omnivision adds that the OV32B provides 32Mpixel resolution in a 1/3-inch optical format to meet the space constraints of smartphones.

According to Arun Jayaseelan, staff marketing manager at OmniVision, the OV32B “strikes the perfect balance between small size and high resolution that the designers of these cameras are looking for.”

The OV32B is built on OmniVision’s PureCel Plus stacked die technology, providing still image captures and 1080p video recordings at 180 frames per second (fps). In low light conditions, it can use near-pixel binning to output an 8Mpixel image with four times the sensitivity, offering 1.4 micron pixel equivalent performance for previews and still captures.

Samples of the OV32B image sensor are available now.