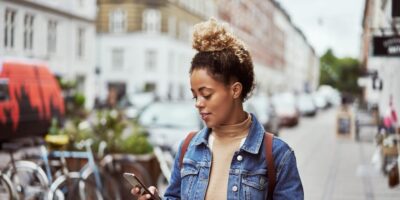 A multi-core architecture is featured in the IMG B-Series of GPU IP from Imagination. The IP enables users to reduce power while reaching higher levels of performance than any other GPU IP on the market, claims the company.

It delivers up to 6 TFLOPS of compute, with an up to 30 per cent reduction in power and reduces area by 25 per cent over previous generations and up to 2.5x higher fill rate than competing IP cores, Imagination says.

It provides higher performance per mm2 than the IMG A-Series and offers new configurations for lower power and up to 35 per cent lower bandwidth for a given performance target.

It is intended for the mobile (premium to entry-level), consumer, IoT, microcontrollers, DTV and automotive markets. The multi-core IP also enables IMG BXT to reach data centre levels of performance.

The company has built on the investment made to develop the A-Series and has added multi-core technology. The result is 33 new configurations.

IMG B-Series is available today and already has lead licensees for every product family.

The multi-core architecture has been optimised for each of the product families with BXT and BXM cores featuring multi-primary, full-core scaling and combining the power of all of the cores to deliver maximum single-app performance. There is also the option to enable the cores to run independent applications.

Image compression technology is also included in the B-Series. IMGIC technology provides new bandwidth saving options and offers up to four levels of compression, from pixel-perfect lossless modes to an extreme bandwidth-saving mode. These modes guarantee a 4:1 or better compression rate, Imagination adds and allows SoC designers to optimise either for performance or to reduce system cost.

IMGIC is compatible with every core across the B-Series range, to afford even the smallest cores the company’s advanced image compression.

The IMG B-Series is available in four product families that offer specialised cores for specific market needs. The IMG BXE drives high resolution displays from one to 16 pixels per clock (PPC). The range of GPUs scales from 720p to 8K for UI rendering and entry-level gaming. BXE offers up to 25 per cent area saving compared to previous generation cores and up to 2.5x the fill rate density compared to competing alternatives, says Imagination.

The IMG BXM high efficiency cores provide an optimal balance of fill rate and compute in a compact silicon area for mid-range mobile gaming and complex UI solutions for DTVs, for example.

The IMG BXT can scale from handheld devices to the data centre. The flagship B-Series GPU is a four-core part generating 6.0 TFLOPs of performance, 192 Gigapixels per second and 24 TOPS for artificial intelligence (AI). According to Imagination it delivers the industry’s highest performance per mm2.