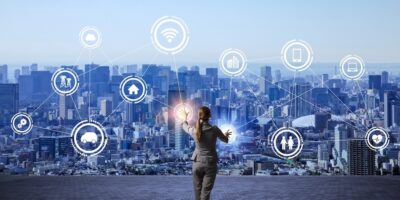 According to Imagination, the addition of low-energy audio in v5.2 is not just another incremental feature update by the Bluetooth Special Interest Group (SIG), it is “a revolutionary step, which will transform the way we consume and share audio for many years to come”.

Nick Hunn, chair of the Bluetooth SIG Hearing Aid Working Group, said: “Originally conceived by hearing aid companies, low-energy audio has grown into one of the largest development efforts in the Bluetooth SIG’s history, laying down specifications to support the next 20 years of wireless audio innovation.”

Andrew Zignani, principal analyst, ABI Research, believes: “With the addition of audio support in BLE, the market . . . will gain a number of new opportunities, which have traditionally been using Bluetooth Classic or proprietary radios. In less than three years, annual Bluetooth Audio device shipments are expected to reach more than 1.2 billion . . . a complete Bluetooth Low Energy IP, such as the iEB110, will accelerate the implementation of the next-generation of broadcast audio, high-quality multi-stream audio, and audio sharing applications.”