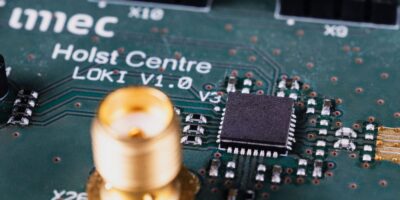 The technology paves the way for micro-localisation applications in a wide range of domains from secure (keyless) access and AR/VR gaming to asset tracking and robotics.

UWB technology is suitable for automotive smart locks (automatically unlocking a car’s doors as its owner approaches, while locking the car when the owner moves away). Its potential, however, has been untapped because of its higher power consumption and larger footprint. Now, imec claims to have taken an important step to unlock the full potential.

“UWB’s power consumption, chip size and associated cost have been prohibitive factors to the technology’s adoption, especially when it comes to the deployment of wireless ranging applications,” explained Christian Bachmann, program manager for Secure Proximity and Sensitive Networks programs at imec. He continued that the new UWB  chip developments result in a significant reduction of the technology’s footprint based on digital-style RF-concepts. “We have been able to integrate an entire transceiver – including three receivers for angle-of-arrival measurements – on an area of less than 1mm²,” he confirmed.

It complies with the new IEEE 802.15.4z standard supported by high-impact industry consortia such as the Car Connectivity Consortium (CCC) and Fine Ranging (FiRa).

To complement the 10cm ranging accuracy derived from ML-based error correction algorithms, researchers from IDLab (an imec research group at Ghent University) have applied software-based enhancements that “significantly improve” the wireless ranging performance of UWB in challenging environments, such as factories where people and machines constantly move and where metallic obstacles cause reflection; factors which impact the quality of UWB’s localisation and distance measurements.

“Using machine learning, we created smart anchor selection algorithms that detect the (non) line-of-sight between UWB anchors and the mobile devices that are being tracked. Building on that knowledge, the ranging quality is estimated, and ranging errors are corrected,” said Professor Eli De Poorter from IDLab.

The ML-enabled features enable adaptive tuning of the network’s physical layer parameters so that steps to mitigate these ranging errors can be taken, for example by tuning the anchors’ radios, he added.

UWB ranging accuracy of better than 10cm is a x2 improvement compared to existing approaches, says imec. Additionally, while UWB localisation use-cases are typically custom-built and often depend on manual configuration, the smart anchor selection software runs in the application layer, so can operate in any scenario, de Poorter said. Adaptive configurations will enable the next-generation, low power and high-accuracy UWB chips to be used in, for example, improved contact tracing during epidemics using small and privacy-aware devices.