Indoor air quality sensors are based on LoRaWAN 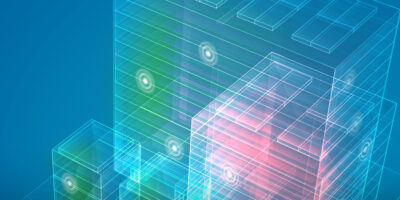 Indoor air and environment quality sensors developed by IQnexus use Semtech’s LoRa devices that run via the LoRaWAN standard for building automation.

According to IQnexus, the IAQ sensors comply to three key benchmarks for building owners, namely no ongoing cloud fees, reduce carbon dioxide emissions and are compliant with the WELL and RESET standards. The LoRa and LoRaWAN sensors are easy to deploy and are cost-effective for seamless integration into existing building infrastructures.

When developing the IAQ sensors, IQnexus wanted to take a completely different approach to how IoT can improve a building’s air quality. “For an easy, on-premise solution we chose to implement Semtech’s LoRa devices and the LoRaWAN standard into the indoor sensor for building owners to accurately monitor their building’s indoor air quality all in real time,” explained Michael Welzel, chief technology officer, IQnexus.

Through the use and connectivity of LoRaWAN, the IAQ sensor is able to communicate through standard protocols like BACnet and ModBus to any building automation/energy management system, and even supervisory control and data acquisition (SCADA) systems.

According to IQnexus, a typical installation of the IAQ sensors features one IoT platform, installed on an on-premise NBNANOs server, about 20 to 30 gateways, and 700 to 1000 sensors for a 30 to 50 floor building. The sensors cover IAQ and IEQ, as well as provide a higher comfort by measuring single HVAC zones.

Semtech’s LoRa device-to-cloud platform is a globally adopted long range, low power solution for IoT applications, enabling the rapid development and deployment of ultra-low power, cost efficient and long range IoT networks, gateways, sensors, module products, and IoT services worldwide. Semtech’s LoRa devices provide the communication layer for the LoRaWAN standard, which is maintained by the LoRa Alliance, an open IoT alliance for low power wide area network (LPWAN) applications that has been used to deploy IoT networks in over 100 countries. Semtech is a founding member of the LoRa Alliance.

IQnexus was launched in 2016 with the purpose of bringing the Internet of Things to New Zealand. Successful deployment of sensors in a variety of sectors have enabled IQnexus to position itself as the go-to place for hardware, sensor developments and IoT integrations. From smart agricultural to smart energy management systems, IQnexus plans to lead the way in the technology sector with developments that bring efficiencies to buildings, production and manufacturing processes, making better use of resources and in turn making the world a greener place to live.