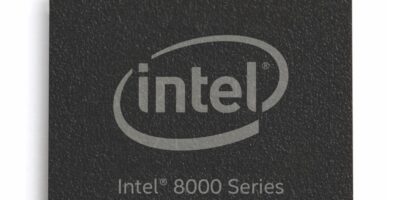 Thunderbolt products deliver a consistent set of capabilities for connecting computers to data, video and power with a single USB Type-C port to connect to Thunderbolt docks, displays, fast storage or any USB accessory.

Thunderbolt 4 delivers 40Gbits per second data, video and power over a single connection. It is a comprehensive Thunderbolt specification and complies with industry-standard specifications, including USB4, DisplayPort and PCI Express (PCIe) and is compatible with earlier Thunderbolt and USB products.

Thunderbolt 4 certification requirements include double the minimum video and data requirements of Thunderbolt 3, supports two 4K displays or one 8K display and supports data rates of 32Gbits per second (PCIe) for storage speeds up to 3,000Mbytes per second.

The first computers and accessories with Thunderbolt 4 ports are also expected to be available this year, including laptops based on Intel’s innovation program (codenamed Project Athena).