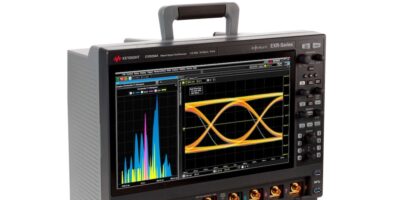 Oscilloscopes that reduce test bench and workflow complexity, the Infiniium series by Keysight are now available through distribution and direct channels. They have been introduced to meet the growing complexity of designs and the rising benchmark for professional mainstream bench debug and analysis.

The Infiniium EXR-Series extends the power of Keysight’s Infiniium MXR oscilloscope family to customers that want to buy through the company’s global network of distributors. The Infiniium MXR-Series and EXR-Series feature multiple instruments integrated into a single platform to increase engineering productivity, says Keysight. Both series of oscilloscopes’ software simplifies debugging, power measurements and remote collaboration, says the company.

The Infiniium-EXR allows designers to work with higher bandwidth signals simultaneously across more analogue and digital channels. It can be upgraded from four to eight channels, from 500MHz to 2.5GHz.