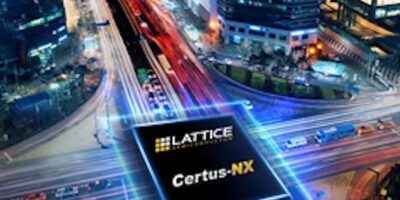 The second family of FPGAs on the Nexus platform follows less than six months after the initial introduction. Lattice Semiconductor has announced the Certus-NX FPGAs. According to Lattice, they deliver up to twice the I/O density per mm2 in comparison to similar FPGAs, and provide best-in-class power savings, small size, reliability, instant-on performance. They also support fast PCI Express (PCIe) and Gigabit Ethernet interfaces to enable data co-processing, signal bridging, and system control.

Technology trends like industrial automation and 5G are driving developers to add processing and connectivity to applications that operate at the network edge. To support these trends, devices require low power processing hardware with support for popular interfaces like PCIe and Gigabit Ethernet. Device developers also need easy-to-use development platforms from a single source that provide the hardware, software, and IP to get products to market quickly.

Key features of the Lattice Certus-NX FPGA family include a form factor that is up to three time smaller than similar FPGAs to fit into compact designs with minimal impact on overall design footprint. For example, Certus-NX FPGAs can enable a complete PCIe solution with a size of only 36mm2. Even when using the smallest package available in the family, Certus-NX FPGAs deliver up to twice the I/O density per mm2 in comparison to similar competing FPGAs to enable robust support for bridging applications.

To secure the devices’ bitstream against unauthorised access, alteration or copying, Certus-NX FPGAs support AES-256 encryption with best-in-class ECDSA authentication to protect devices throughout their lifecycles.

The FPGAs use a programmable back bias to enable user-selectable high performance or low power operating modes, depending on the needs of the application. The devices can provide power consumption up to four times lower than similar FPGAs.

The Certus-NX FPGAs also offer fast device configuration from SPI memory that is up to 12 times faster than similar competing FPGAs, says Lattice and with individual I/Os able to configure in just 3ms. Full device startup in only eight to 14ms depending on device capacity.

Industrial and automotive applications demand reliable performance for safety-critical functions to avoid damage or injury. Certus-NX FPGAs offer up to 100 times better soft-error rate (SER) performance than similar FPGAs. They are also temperature-rated for use in industrial applications.

Lattice has already shipped sample devices of the Certus-NX FPGAs to select customers.