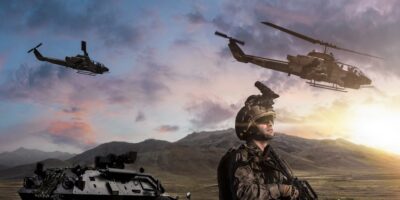 Claimed to be the only commercial off-the-shelf (COTS) real-time database management system for embedded systems that works with the LynxOS-178 RTOS, eXtremeDB/rt is a deterministic database system developed by Seattle-based McObject.

A hard real time system must complete tasks within the assigned CPU budget, but a conventional database system’s transaction has no time constraint, so a database transaction could commit but cause the task to exceed the CPU budget and be interrupted. This, says Lynx Software Technologies, can cause the real time system and the database to be incoherent. eXtremeDB/rt maintains the external and internal consistency of data by introducing time-cognisant transaction managers to eliminate this “impedance mismatch.”

LynxOS-178 is a native POSIX, hard real time partitioning OS developed and certified to FAA DO-178B/C DAL A safety standards. It is the only COTS OS to be awarded a Reusable Software Component (RSC) certificate from the FAA for re-usability in DO-178B/C certification projects. It has been deployed in safety-critical applications worldwide, including multiple military and aerospace systems.

“We were delighted to work with McObject to bring eXtremeDB/rt to the LynxOS partner ecosystem. Our companies share the vision that real time systems are becoming more sophisticated and consequently have to manage more complex data. eXtremeDB/rt fills a critical gap in the technology stack,” said Pavan Singh, vice president of product management, Lynx Software Technologies.

The combination of LynxOS and eXtremeDB/rt will find uses in real time avionics, navigation, autonomous systems, railway systems as well as nuclear and energy systems.

eXtremeDB/rt is founded on the eXtremeDB in-memory embedded database management system. First released in 2001, eXtremeDB has been deployed in over 30 million systems. According to McObject it offers low memory footprint, exceptional performance, intuitive API, as well as features to ensure database integrity.