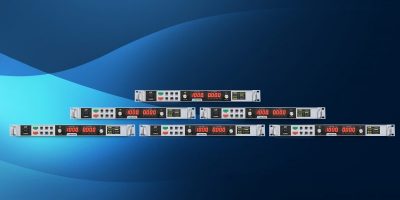 Magna-Power Electronics has increased the power capability of its 1U (1.75-inch high) SL Series to 8kW with the addition of 17 new models.

The 8kW models have been released in response to Magna-Power users’ ever-increasing demands for rack-mount power density. The SL series was introduced in 2013 as Magna-Power’s first 1U power supply. At its introduction, the series was offered up to 4kW, an industry first for its product class. In 2015, the product series was expanded to 6kW and has since grown. Magna-Power believes it satisfies the application demands for automated test equipment (ATE) system integration, automotive testing, oil and gas, consumer product validation, and aerospace systems testing.

All SL series models come as standard with monitoring and control from a variety of sources, including front panel, computer interface and an isolated analogue-digital I/O connector. A Standard Commands for Programmable Instrumentation (SCPI) command set is supported, allowing easy ASCII text programming over a computer interface.