Mini-ITX motherboard is based on 10th generation Intel Core processor 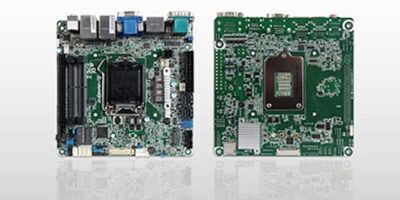 At the heart of the Wade-8212 Mini-ITX motherboard is Intel’s 10th generation Core processor (formerly known as Comet Lake S), and the Intel Q470E chipset.

Portwell says that the processor combination provides enhanced CPU and graphic performance and has the capability for flexible I/O expansion.