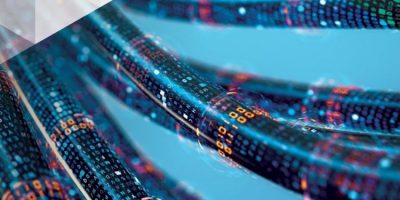 The AD9081 and AD9082 provide software configurability to allow designers to customise radios as frequency translation and filtering moves to the digital domain.

The MxFE platform processes more of the RF spectrum band and embeds DSP functions on-chip to enable the user to configure the programmable filters and digital up and down conversion blocks to meet specific radio signal bandwidth requirements. This results in a 10X power reduction compared to architectures that perform RF conversion and filtering on the FPGA, while freeing up valuable processor resources or allowing designers to use a more cost-effective FPGA.

Both MxFE options achieve the industry’s widest instantaneous signal bandwidth (up to 2.4 GHz), according to Analog Devices. This simplifies hardware design by reducing the number of frequency translation stages and relaxing filter requirements. This level of integration lowers chip count and yields a 60 per cent reduction in PCB area compared to alternative devices, adds the company.

The AD9081 will be available as either a quad 12-bit, 4Gsamples per second and quad 16-bit 12Gsamples per second ADC in 324-BGA thermally enhanced packages. Sampling will begin in September, with full production scheduled for March 2020.