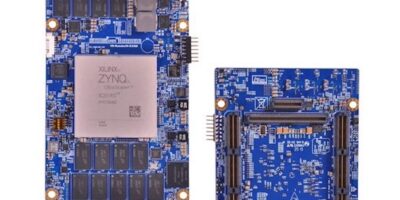 The SoMs also have enhanced processing system and processing logic functionality, which are claimed to offer improved security, robustness with “exceptional memory and transceiver performances” for use in high end applications such as 4K video, deep neural AI and machine learning, automotive imaging radar, and high-speed networking.