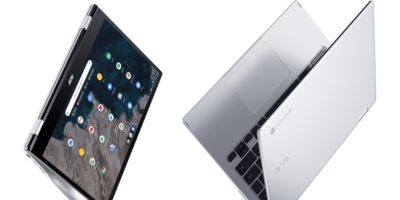 MediaTek has unveiled the MT8192 and MT8195 chipsets for the next generation of Chromebooks. The 7nm MT8192 is for mainstream devices and the 6nm MT8195 is for premium devices. They can be used to design powerful, sleek and lightweight Chromebooks that deliver longer battery life and computing experiences from video conferencing and streaming video to cloud gaming and AI-powered applications, says MediaTek.

Jerry Yu, corporate senior vice president at MediaTek, commented: “The MT8192 and MT8195 give brands more features to design powerful Chromebooks with innovative form factors that can flip, fold or detach, are slim and lightweight, and have great battery life.”